Yesterday, I finally watched Wes Anderson’s latest movie Moonrise Kingdom. What I love about Anderson’s films is his ability to bring together humour and sadness in a whimsical and aesthetically gorgeous way, and Mooonrise Kingdom did not disappoint. Sometimes I found myself laughing out loud, and at other times, shedding sneaky little tears at the poignant struggles of the offbeat hero and heroine. 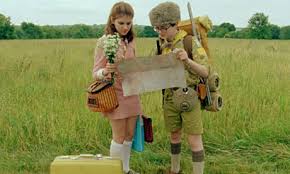 In books, as well as films, I love something that has the capacity to make me both laugh and cry, so those are the books that are going to star in this week’s top ten.

Lately, because of the sock puppeting scandal, and because my own book has just come out, I’ve spent a lot of time looking at reviews, and I’ve noticed one particular phrase which comes up over and over:

Shattering Glass by Gail Giles is ‘…that rare book, a thrill ride *and* a great character study’

It seems that books that can do two apparently contradictory things are rare, which explains why I haven’t found more books that can make me both laugh and cry.

1. One Day by David Nicholls

I often laughed out loud while reading this book, especially at the great dialogue and banter between Emma and Dexter. I also worked through the full crying range from minor sniffles to outright sobbing. This is a contemporary take on a coming of age story which is also, eventually, a romance.

2. The Rich Part of Life by Jim Kokoris

This is the bittersweet tale of two motherless boys, and their slightly lost dad, whose life changes overnight when they win the lottery. Ten year old Teddy’s child’s-eye view of events provides much scope for humour but the book is also deeply touching and heart-warming. I bought this book for lots of people as a gift when it first came out and I think it is hugely underrated.

The depiction of status-obsessed teens living out their social and sexual lives publicly online is disturbing and hilarious in equal measure. But just when it’s lulled you into a sense of security, SSTLS takes a dark, disquieting turn…

This book is like a spiritual companion to Whisky Charlie Foxtrot. Thirty-something Rob’s inability to commit to his perfectly marvellous girlfriend is funny, poignant (and slightly pathetic). This is a great book for music lovers too, as Rob’s other great love is records.

5. Running with Scissors by Augusten Burroughs

This is a total OMG! book.  It is so sad to think that Burroughs’ parents could have been so neglectful as to abandon him to be brought up by a lunatic psychiatrist. But Burroughs’ experiences in this houseful of nutjobs make for the most absurd and hilarious stories, you just can’t help but laugh.

6. Then We Came to the End by Joshua Ferris

I read an extract from this novel in a wonderful collection of reviews Nick Hornby put together for Believer Magazine and the opening had me in stitches. Depicting life in an ad agency during a downturn, Ferris’s workplace tales, including gripes about the dearth of electric pencil sharpeners, are so relatable. But the novel also has a serious side, which I found very moving.

Nine year old Oskar searches New York in an attempt to solve a mystery which he hopes will somehow bring him back something of his father, who died in the World Trade Centre on September 11th. There is a deep tragedy at the very core of this book and yet Oskar somehow makes you laugh despite the sadness.

8. Mary and O’Neil by Justin Cronin

Here I go again, putting another Justin Cronin book on my list. But this is one of his other books i.e. there is not a zombie/vampire in sight. It is the ordinary and surprising story of a few decades in the life of an endearing young man, O’Neil, and the woman he marries, encompassing laughter, tears and everything in between.

9. A Heartbreaking Work of Staggering Genius by Dave Eggers

Before Dave Eggers started McSweeney’s and was feted by the literati and wrote about ‘issues,’ he was a kid whose parents died in a tragic accident, and was left to bring up his younger brother. AHWOSG tells his story and it’s a bit long but it’s exuberant and silly and sad and great.

10. A Visit from the Goon Squad by Jennifer Egan

Egan’s razor sharp novel deals with the process of ageing. In the characters who yearn to grow up too quickly, and those who look back with regret, we can recognise much in ourselves that is both sad and funny. This is a deceptively powerful and wonderful book which immediately made its way to the top of my all-time favourites list.

Do any of these books hit the sweet spot for you? I’d love to read more books like this, so I hope you’ll share your ideas in the comments.

Top Ten Tuesday is a meme hosted by The Broke and the Bookish.