Skip to content
It’s prize season! At the moment it seems a longlist or shortlist is announced every few days. And last week saw the announcement of a new literary award: the Folio Prize, which aims to  ’recognise and celebrate the best English-language fiction from around the world’. 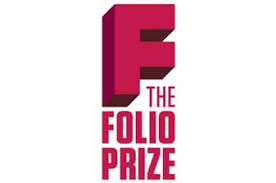 The prize was born out of controversy surrounding the 2011 Man Booker Prize when the judges admitted to prioritising ‘readability’ and a novel’s capacity to ‘zip along’ as critical selection criteria. But is there anything wrong with those criteria?
When she spoke recently as part of Perth Writer’s Festival Margaret Atwood said that there were four kinds of books:

She added, ‘a writer can live with three of those’. And I think that’s true. But a writer can’t live ON three of those. Because a good book that doesn’t sell inevitably results in the writer having to find other ways to pay the bills.
By focusing on ‘readable’ books, the Booker Prize seems in danger of awarding prizes to books which are already being awarded – through sales. By doing so, they may be doing a disservice to other writers, who might benefit more from the publicity.
Well, so what? you might think. Literary Awards are not charities. But there is also the argument that awarding major literary prizes to books that are already hugely successful in terms of sales may also be doing a disservice to readers, who miss out on being exposed to other books.
Prior to the announcement of the Costa, Susanna Rustin, said, in The Guardian, that she hoped Hilary Mantel wouldn’t win the prize. Though she acknowledged that ‘the point of prizes is to award excellence’ Rustin argued that Mantel didn’t ‘need’ the Costa, having already sold more than four times as many copies as the other books on the shortlist.
Dennis Abrams tackled the same issue in a piece in publishing perspectives in which he asked the question ‘Should book prizes try harder to honour the underappreciated?’
Andrew Kidd, Founder of the Folio Prize  conceded that ‘many, even most, great books go down easily,’ however ’the Folio prize will not apologise for highlighting books that might at first appear daunting.’
The inaugural shortlist will be announced in February 2014 and it will be interesting to see how it compares with the shortlists of other major prizes.

[Some of my favourite Booker prize-winning novels]

What do you think? Should literary prizes attempt to bring undiscovered books to readers’ attention? Or is accessibility an important criteria?

Books That Make You Think